On March 25, 2014, we picked up Valentino from a case in Farsø. We were called when a girl had got 3 of the very bad horses handed out by the owner, but she couldn’t house them all. The poor pony would die within days of starvation if it did not receive help. We couldn’t say no to that and immediately picked up the little red pony, which was later called Valentino.

He was a small soul who has fought for survival for a long time. He looks like a foal of approx. 1 year, but he is actually 3-4 years – a little stallion. It is unbelievable that nothing has happened in such a case. All the horses had a score of 1, which is referred to as cachectic. The hole score is found as 1-9, where hole 5 is normal, 9 is bold and 3 is thin. So Hole 1 can’t get any worse.
We also got pictures of another variegated pony stallion and of a barber with foals in her stomach. Absolutely incredible that she has not succumbed.

We reported the case to the police immediately and were somewhat surprised to hear that they were on the case. So it really wonders us why why … such bad animals are NOT IMMEDIATELY removed and placed on a rescure place. The Circuit Veterinarian has also been there and ordered what will happen to the animals. The police would then come to supervise approx. 1 month later to see if the orders have been complied with. These horses had not survived. The police had been there 3-4 days before we reported the case.
We told them that these 3 horses were now safe and would be treated. The police and the veterinarian could together inspect the horses where they are now housed. Have any of us heard from the police? NO, none of us. Probably the police think there are now 3 less to take care of. After all, the owner should still be penalized for neglecting his animals so much. We still have the evidence. It couldn’t get any worse.
The only reason the horses were voluntarily handed over by the owner was to get rid of the problem before the police and veterinarian came back, otherwise it is almost impossible unless the police say they have to go now.
We have therefore sent this case to the media and to the Folketing, incl. our food minister Dan Jørgensen. Not because we think he can do anything in this matter, but to point out that it is not right that so small horses are not removed with immediate effect. They had not survived.

There was also a Jussian horse on the spot, but unfortunately we did not get it. The rest of the horses (about 27 were in better condition). They were thin (hole 3) but not as critical as these, but if conditions are not rectified, these horses end up just like that. Now we are in front of the grass season so the horses can take on, if there is enough grass, but when the fall / winter again stands and knocks, we will undoubtedly see the same situation again. Unfortunately, we have a lot of experience with such cases, and horse owners with such bad horses, lock them in or hide them far away so that they are not visible to the public, and then it is difficult to find them unless some weird people in the area notice on them and notify them.
Valentino is doing really well now and is full of games. He bowls and plays with a small pony group Sonny and Max.

He is still too weak to enter the big bunch, but in the space of 1 month he will be ready. Even though he is weak, he is a stallion and just suddenly he is ready to take in all the lovely ladies. Although it may be nice with small foals, it should not be this way we expand the flock.
Valentino also came up with some ugly buck hooves, which the blacksmith has had to fix. He walked on his toes but has now come down on all four legs. We are all looking forward to following him here on the boarding house and hope that in time we can find a really sweet family for him. 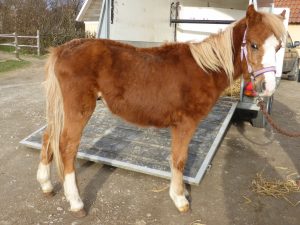 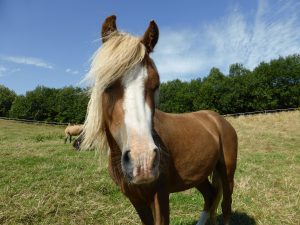