The 2 donkeys Mads and Hans went with 3 other donkeys, two pigs and a goat under some bad conditions on the outskirts of Faaborg. Hans went very badly due to some very long hooves.

The pigs had messed up all the soil so there was no grass. In a small shelter there was only a little straw.

New Horselife had received several inquiries about the donkeys and had also reported the owner to the police. The police had had telephone contact with the owner, who promised to rectify the situation. The police would then not do more about the case.

New Horselife contacted the owner, who agreed to hand over the donkeys to New Horse Life. When we came to pick up the donkeys, however, they had been towed to a neighbor and we had to drive with unresolved case.

A week later, the owner had received another police report, and then contacted New Horselife. We now had to pick up the donkeys, which were still standing next door.

When we arrived, however, there were only 3 donkeys. The 2 others had been sold, we were told. Eventually it turned out that we only had to bring 2 donkeys. It then became NH Hans and NH Mads. The last donkey was bought next door.

Hans was very shy and hard to get along with despite his bad hooves. He was shaking all over when he was about to get up in the trailer. He shook all the way to New Horselife and sweated a lot.

After a few days, Hans and Mads hoofs where done. The blacksmith could only be allowed to fix his front legs as he was very scared and kicked out after the blacksmith. Mads was more calm. His hooves were not as bad as Hans’ 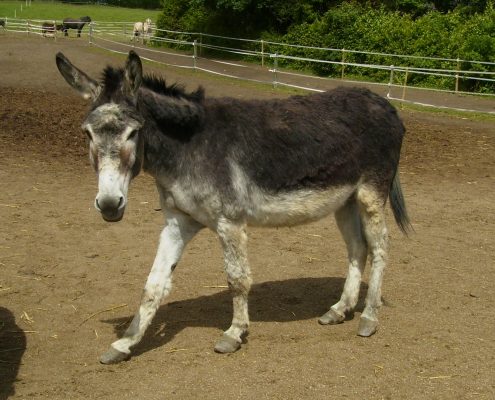 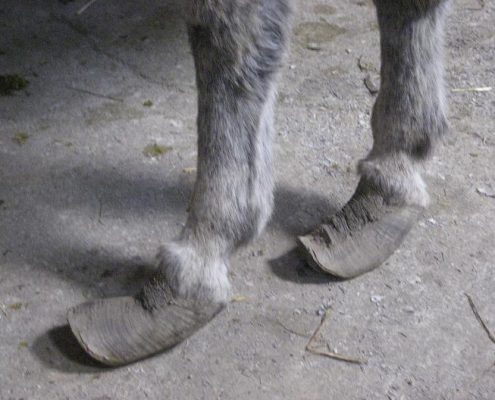 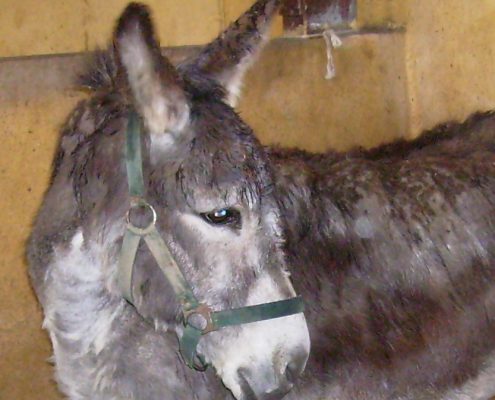 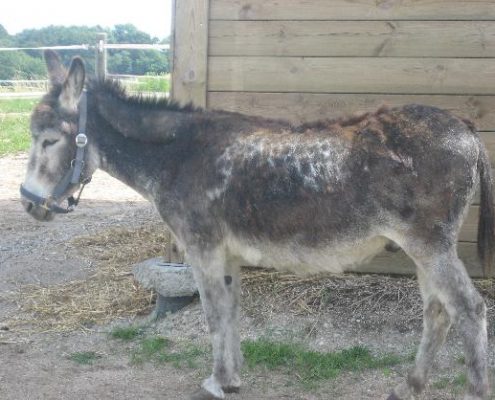 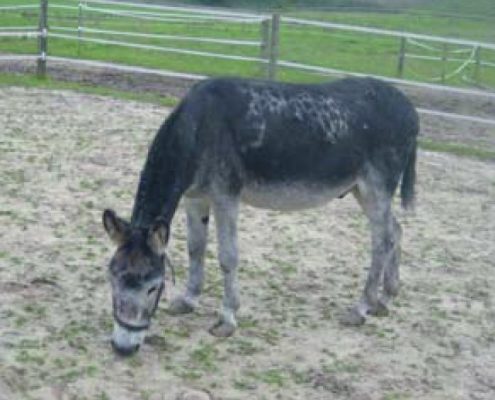